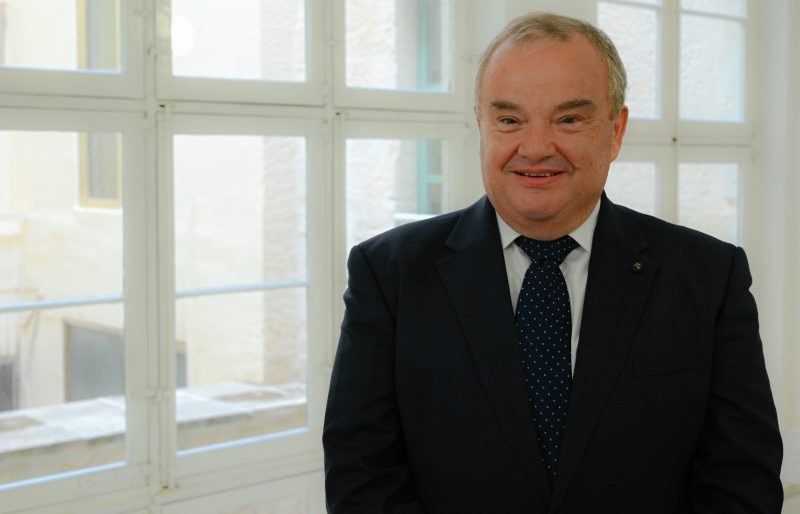 Professor Raymond Galea was born in Floriana in 1957.  He was educated at St Aloysius College and the University of Malta (UM), where he graduated as a medical doctor in 1982.  He furthered his training in Obstetrics and Gynaecology in Leuven, Belgium, and London.  He was made a Member and eventually a Fellow of the Royal College of Obstetricians and Gynaecologists in 1990.

He has worked as a consultant Obstetrician and Gynaecologist at Mater Dei Hospital since 2000 and, since 2012, was appointed as Head of the Malta Postgraduate Medical Training Programme.

He has worked at the UM since 1984 as a demonstrator, lecturer, senior lecturer, and finally, as a professor in Obstetrics and Gynaecology.  In 2009 he was awarded a Ph.D., having worked extensively on Osteoporosis and published various academic papers.  He was a member of the UM Senate and on the Faculty Board of Medicine and Surgery.  He has formed part of various UM and Faculty committees.

In 2006 Professor Galea obtained his teacher’s warrant.  He has lectured and published both in Malta and abroad and was made a visiting Professor on the Academic Board of the International Ph.D. in Clinical Sciences at the University of Florence.

Professor Galea has been a member of the Quality Assurance Committee of the Malta Further and Higher Education Authority since 2021.

He was also a founder member of Malta Health Network and has served on the Administrator’s Board since its inception in 2017.  He chaired the National Cancer Platform, a platform that brings together all the non-government organisations working in the field of cancer in Malta.

He is a member of the Sovereign Military Hospitaller Order of Saint John of Jerusalem, Rhodes, and Malta.

Professor Galea is married to Nathalie, and they have a daughter.