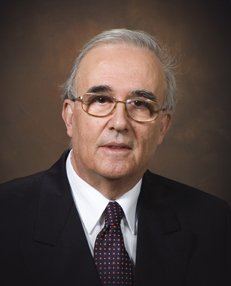 His Honour Chief Justice Emeritus Joseph Said Pullicino was born in Sliema on 16 January 1937. He studied at the Lyceum and the Royal University of Malta where he graduated B.A (Hons.) in History in 1958 and Doctor of Laws in 1961. He went in to private practice in the fields of civil and commercial law. He served on various government committees set up to advise on reform in the administration of justice and court management.

Chief Justice Emeritus Said Pullicino was appointed Commissioner of Justice and later Chairman of one of the Commissions for the Investigation of Injustices, a post he retained for a number of years even after his appointment of judge in 1990. He sat mainly in Civil Courts where he also presided over constitutional cases involving human rights. He was sworn Chief Justice in July 1995 and in this position he presided over the Constitutional Court, the Court of Appeal, the Court of Criminal Appeal and other courts.

He was for eight years Malta’s representative on the Venice Commission for Democracy through Law at the Council of Europe. As Chief Justice he was ex officio Vice President of the Council for the Administration of Justice.

After his retirement in January 2002, in April of that year he was appointed Chairman of the Malta Broadcasting Authority, a position he held up to December 2005. On 12th of December 2005 he was by unanimous resolution of the House of Representatives appointed Parliamentary Commissioner for the Administrative Investigations known as the Ombudsman. On the 11th of March 2011, again by unanimous resolution, he was reconfirmed for his term as Ombudsman.

He is married to Geraldine nee Micallef and they have one daughter, Lara.