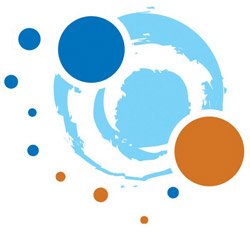 The Association of Mediterranean Ombudsmen was created on December 19th, 2008 in Marseille.

The AOM includes ombudsmen, mediators, institutions and organizations dedicated to the promotion and protection of Human Rights from the Mediterranean region. The association and its members involve themselves to promote and defend democracy, the rule of law and social peace in the Mediterranean area and to enforce national and international human rights laws, including the Universal Declaration of Human Rights of December 10th, 1948 and the Rabat Declaration of November 10th, 2007.

The AOM also works to promote international cooperation with other institutions and organizations dedicated to the promotion and defence of Human Rights.

The objectives of the Association are:

• Promoting a better understanding of the role and assigned missions to institutions of Mediators and Ombudsmen in the Mediterranean area;

• The development and implementation of programs to exchange information and experiences among its members;

• The collection, preservation and spreading of information and research findings on the institution of Ombudsman;

• The development of relations with institutions, organizations and individuals or legal entities that pursue similar objectives to those of the association; and

• The organization of trainings and publication of newsletters to the attention of members in order to contribute to greater spreading of information.

The Maltese Parliamentary Ombudsman, Chief Justice Emeritus, Joseph Said Pullicino, is the Treasurer of the association.

Recommendation not implemented: student complains that the U...

In terms of Article 22(4) of the Ombudsman Act, the Ombudsman, Mr. Anthony C. Mifsud, and the Commissioner for Education, Chief Justice Emer...