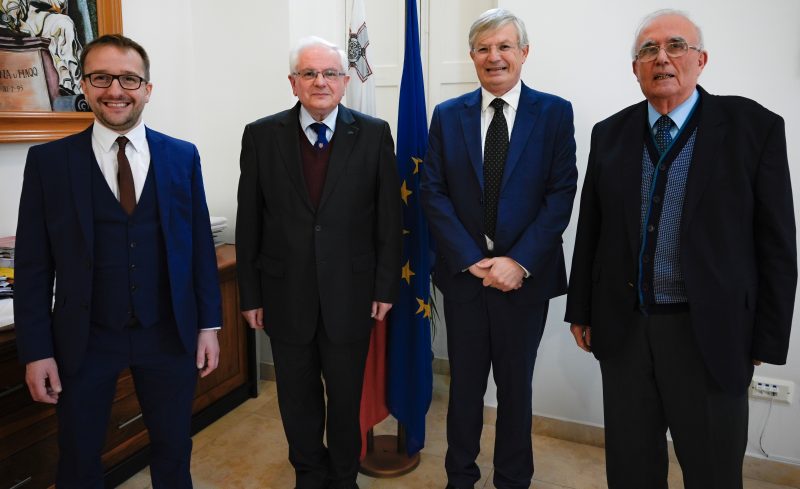 Dr John Stanton, Senior Lecturer in Law at City, University of London, paid a courtesy call at the Ombudsman’s Office on Monday 7 March.

Dr Stanton is in Malta on an Erasmus exchange programme to deliver a number of talks at the University of Malta. He teaches Constitutional, Administrative and Human Rights Law, and his primary research interests concern local government, democracy and devolution. He also has a keen interest in Comparative Constitutional Law with a particular emphasis on the Constitution of Malta. He has worked as a visiting lecturer in law at the University of Malta since 2018, and in 2019 he published a paper in the Journal of International and Comparative Law exploring the Maltese legal system.

Dr Stanton was accompanied by former EU Commissioner and Senior Lecturer in the Department of Public Law of the University of Malta, Dr Tonio Borg.