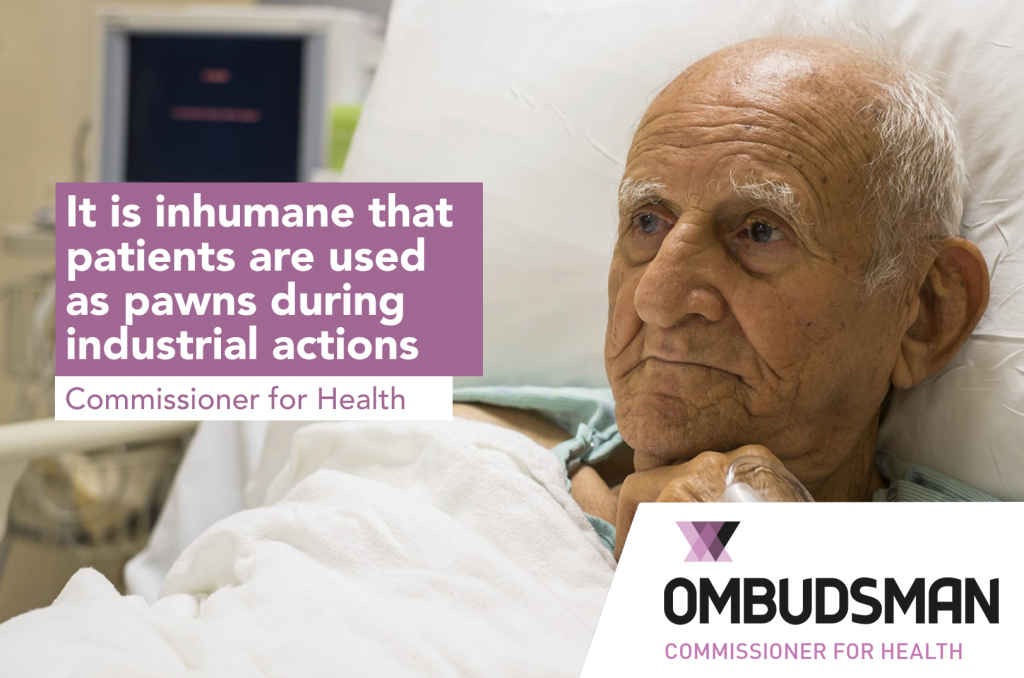 As he had the occasion to report recently, the Commissioner for Health at the Office of the Ombudsman wants to show his preoccupation that Unions persist in using patients as pawns to pressure the authorities to accede to their requests.  This is inhumane.

At the moment, one Union has issued directives to its members at St Vincent de Paul not to bathe and not to help residents to mobilise.

Another Union has issued directives that limit the number of cancer patients that can be admitted to Sir Anthony Mamo Oncology Clinic.

As a result, patients are admitted to the general wards at Mater Dei Hospital, where the required expertise might be lacking.

In St Vincent de Paul’s case, it is incomprehensible that the elderly residents, many of whom are incontinent, are not being washed for days. This result in developing pressure sores for not being mobilised and cause significant inconvenience and loss of dignity.

In this regard, in similar cases, the courts had acceded to a Warrant of Prohibitory Injunction because the directives might put a patient’s life at risk.

Despite these Industrial Actions, the Ministries concerned do not seem too much bothered because months have passed since the discussions were initiated.

The Commissioner, therefore, appeals to both Unions to immediately suspend their directives which are affecting the patients and not the administration.  On the other hand, the Ministries must also take immediate steps to tackle and solve the problems.

The Parliamentary Ombudsman, Mr Anthony C. Mifsud, called upon the President of the House of Representatives, the Hon. Dr Angelo Farrugia to...