The Parliamentary Ombudsman, Chief Justice Emeritus Joseph Said Pullicino, paid a courtesy call on HE Marie-Louise Coleiro Preco, President of the Republic. During the meeting the relation between both offices were discussed.

President Coleiro Preca said that a wide consultation with the public should be held if Constitutional reforms were to be undertaken. The Ombudsman stressed that the right for good administration should be enshrined in the Constitution and emphasised that any Constitutional changes be for the service of the people and the have the people as their focus. 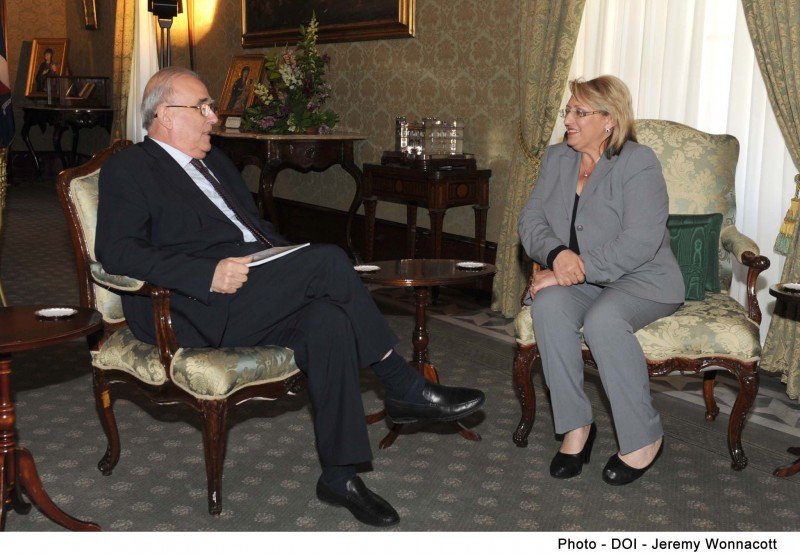