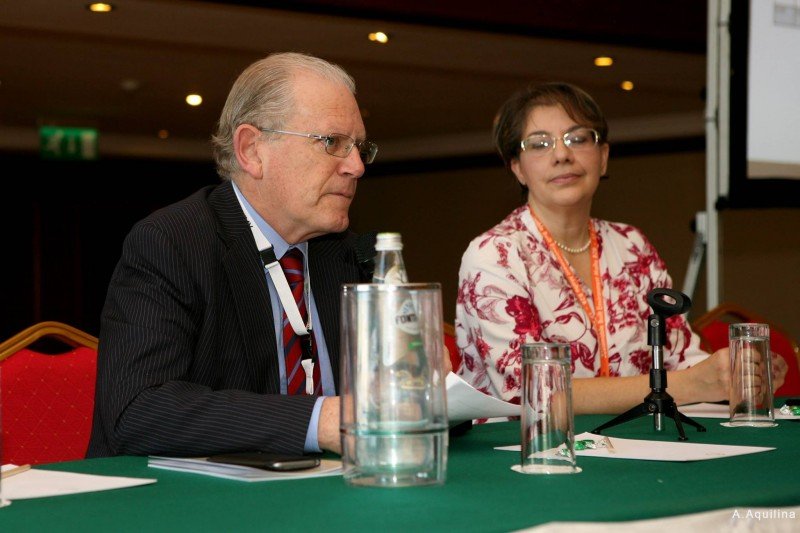 Speech by the Commissioner for Environment and Planning, Perit David Pace at SBE16 Malta – Europe and the Mediterranean: Towards a Sustainable Built Environment.

Good morning and may I join yesterday’s speakers on the introduction panel in wishing foreign delegates a pleasant stay in Malta. I hope that you will not only enrich the debate during the proceedings of this event but that you will enrich the experience of your stay here by getting to see a few of the cultural and historical treasures that this country can offer.

When I took office in 2012, I decided that besides my role as safeguarding citizens’ rights to proper public administration by investigating their complaints and recommending corrective action where such complaints were found to be justified, I would contribute to the same objective in another manner, that is by assisting Civil Society in an empowerment process for it to be more knowledgeable in recognising and using its rights for the public good.

As part of this process I began a series of meetings with NGOs in order to understand their problems and assist in their efforts to obtain information and facilitate dialogue with authorities in their areas of concern.

One such NGO was SBE Malta. I met its Board in 2014. That is when I learnt about its dream of hosting a regional iiSBE event in 2016. Having attended the Barcelona iiSBE Conference in the same year, I got an idea of what it would have to take in terms of resources in order to run an event of such a calibre. To put it mildly, it seemed a tall order.

Therefore the fact that we are all here today and with the hindsight of yesterday’s proceedings I feel that it is only fitting to congratulate SBE Malta for having succeeded in putting this Conference together, with the participation of high level speakers from Europe, the Mediterranean and beyond.

I wish to take this opportunity of your presence among us to share some concerns on the matter of sustainable development and its relevance to the man in the street. I feel that the vast body of data emerging from research, practical applications and theoretical studies has yet to filter down and form a part of the public forma mentis which is ultimately where your efforts are intended to provide their beneficial effects.

I was comforted therefore, if such a term could be used, to hear the iiSBE Executive Chairman Nils Larsson talking about the distance that still exists between theory and practice and of ‘bringing the mainstream with us’. The President of the Kamra tal-Periti also stressed the multiple ownership of our legal framework, hindering efforts to reduce this distance.

Reference to this issue was also made yesterday both by the Minister for the Environment, Sustainable Development and Climate Change, as well as by the Dean of the Faculty for the Built Environment who in their interventions spoke about the need for a multi-disciplinary approach to tackling the issues in the former case, and the lack of input of sustainability principles at all levels of public administration in the latter.

And to drive the point home we had Perit Joseph Falzon explaining the results of his survey on local sustainable use of heritage resources from where it emerged that 88% of respondents claim that Local Councils require more information about proposed policies and objectives, while at the same time, the Local Councils themselves feel that their concerns are not taken seriously enough by the authorities.

And in the final paper, we were presented with a clear example of the ‘dead-end’ situation that NGOs and other sectors of Civil Society often experience in their attempts to improve the quality of urban life, due to lack of resources and know-how in taking their projects forward to the implementation stage.

May I recommend therefore that fora such as the one we are participating in today, provide sufficient space for analysis and debate on how to bridge this gap and truly empower today’s urban dwellers by not only providing the tools for the successful implementation of sustainability principles in everyday life, but more importantly, to instill and sustain a conviction at public level of their indispensable need and beneficial qualities.

During yesterday’s discussion at the end of the session, I mentioned another project which I had started with the Association of Local Councils, and which was taken up by one of its Regional Groups. This project started up as a research into the successful introduction of the ‘shared space’ concept in historical urban cores, in an attempt to restore these zones back to the residents to use as areas of public interaction.

As I stated, the concept was ‘plugged’ into a Sustainable Urban Mobility programme which was already up and running in that region. I shall be following its progress keenly.

I am also collaborating with another NGO on the implementation of effective noise mitigation measures at neighborhood level. Noise and the stress it causes, are major factors contributing to the degrading of the quality of life in our urban areas. Combined with heat stress in our hot summer climate, they are certainly a major health risk.

So far progress has been rather slow but there are encouraging signs that the efforts are bearing fruit.

By enabling civil society to access knowledge on and capabilities for the implementation of sustainable development principles, we are accelerating the process towards obtaining the results that your work is striving to achieve.

The ultimate aim would be a Utopian situation where a thoroughly enabled and knowledgeable civil society convinces a thoroughly amenable and open government to implement the full spectrum of sustainable development. And that’s where my job would become redundant.

However, since human nature is what it is, I can safely say that my job is secure at least for the foreseeable future. Which means that we all need to work that much harder to achieve our common objectives.

I wish every success to your presentations and debates in the remaining two days of this conference, and once again congratulate SBE Malta and its collaborators in realising their dream.

Commissioner for Environment and Planning