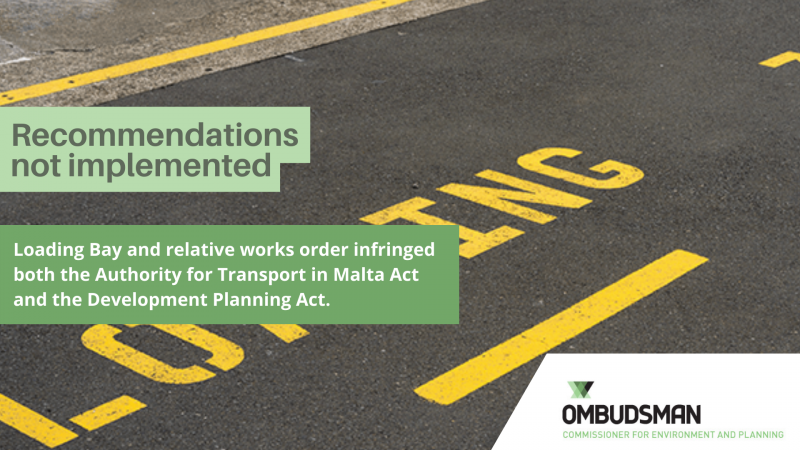 In terms of Article 22(4) of the Ombudsman Act, the Ombudsman, Mr. Anthony C. Mifsud, and the Commissioner for Environment and Planning, Perit Alan Saliba, have sent to the House of Representatives the Final Opinion regarding an administrative act by Transport Malta following the implementation of an un/loading bay.

In his Final Opinion, the Commissioner found that Transport Malta authorized an un/loading bay for a development that the Planning Authority approved on condition that any un/loading activity should not be carried out from the street.

The Commissioner recommended that Transport Malta withdraws the authorisation for this un/loading bay and sees to the implementation of its removal to be reverted to the parking bay as it was before. Also, he recommended that Transport Malta only issues authorisations for similar requests after it ascertains that similar conflicting development permit conditions are first overturned by the competing authority.