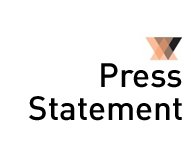 I have yesterday received the following statement by the First Ombudsman of Ukraine Nina Karpachova strongly condemning repressive police actions against demonstrators recently in the country’s capital Kiev.

“I strongly condemn the disproportionate use of the brutal force by the special police “Berkut” units against the participants – most of them are young students – of the peaceful demonstration at the Maidan of Independence Square on 30 November 2013. The Special Forces practically made an assault against these boys and girls after surrounding them without any possibility to escape – they were surrounded by a metal fence on one side and armed “Berkut” on the other side.   It was a bloody outrage against peaceful people. I evaluate such actions as cruel, inhumane and degrading treatment, which is a violation of the UN Convention against tortures.  It was also shameless to use force and illegal interference against journalists, when they performed their professional duties, which is a violation of Article 171 of the Criminal Code of Ukraine.

I feel deep regrets and shame that the Ukrainian authorities failed this test on democracy, respect for the rule of law and human rights. In fact, the authorities have refused to carry out its constitutional duty to secure the right of the citizens to freedom of peaceful assembly as required by Article 39 of the Constitution of Ukraine, Article 11 of the European Convention on Human Rights (ECHR), Article 21 of the International Covenant on Civil and Political Rights, Article 20 of the Universal Declaration of Human Rights and case-law of the European Court of Human Rights, in particular in cases of Verentsov vs. Ukraine and Shmushkovych vs. Ukraine. The civilized democratic society has to guarantee respect for human rights and human dignity, personal integrity, freedom of speech and expression, rights to peaceful assembly and demonstrations. And the punishment for all those responsible for the brutal human rights violations that have taken place in these days in Ukraine should be inevitable under national law and European standards….”

On the occasion of the Official Visit to Malta by the Ukrainian President, Viktor Yanukovych, the Parliamentary Ombudsman, Chief Justice Emeristus Joseph Said Pullicino, wishes to express his solidarity with the First Ukrainian Ombudsman and the Ukrainan people, and invites the Maltese authorities to do likewise.