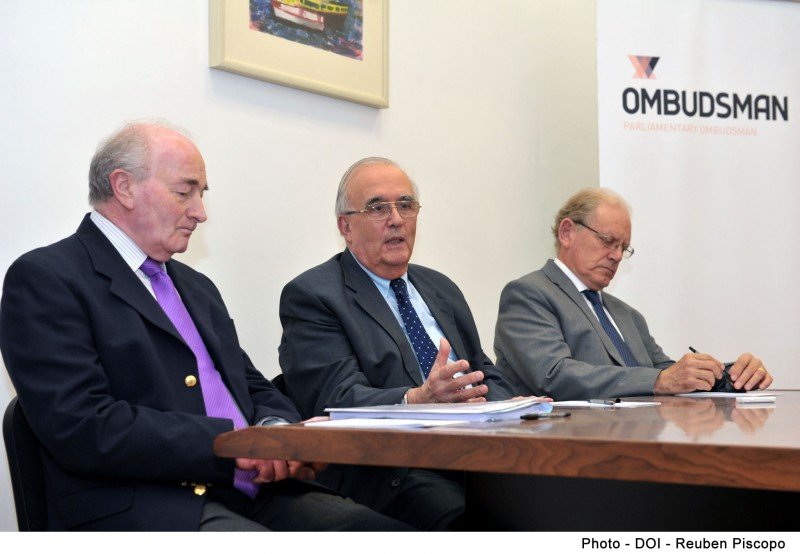 Introducing the Press Conference, the Ombudsman stated that this investigation will establish whether there are grounds of concern regarding the effect which these practices may have on the environment and health. Following the conclusion of the investigation, the Office of the Ombudsman will be publishing a report which apart from the facts and findings resulting from the investigation will include recommendations to the competent authorities. The Office of the Ombudsman will subsequently follow up to see whether these recommendations had been adopted.

The Commissioner for Environment and Planning, Perit David Pace, stated that meetings have already been held with various experts in the field as part of this own initiative investigation.  From these meetings it resulted that the practice of dumping of slurry on agricultural fields is widespread. Perit Pace opined that the investigation needs to go beyond the issue of dumping of slurry on cultivated land, but should also include looking into practices of how such slurry should be treated. This is necessary since it is possible that such practices can have negative effect on the water table because of the high level of nitrates in sewage.

The Commissioner for Health, Mr Charles Messina, on his part, stated that in respect of the health impact he requested the Food Safety Commission to give its reaction. He stated that although there may not be any cause of alarm, one has to wait for the report from the Food Safety Commission for the investigation to be completed. He reiterated that he also needs to establish whether, as reported, there was cultivated land which had been irrigated directly with untreated sewage.

The Parliamentary Ombudsman emphasised that this investigation depends on information which is received and the facts which the Commissioners establish in the course of the investigation and therefore it is essential that there will be full cooperation by the authorities. In order to ensure that this Office gets all the necessary information, the Ombudsman announced the initiation of a Public Consultation so that all interested members of the public can forward their submissions. Those who have useful information on the incidence of such practices are encouraged to forward such information to the Office of the Ombudsman.

The Ombudsman reiterated that all such information will be treated in full confidentiality and will be used solely for the purpose of the investigation.

Submissions can be sent through the ‘submit your feedback section’ at www.ombudsman.org.mt; by email on consultation@ombudsman.org.mt or addressed to: The Parliamentary Ombudsman, Own Initiative Investigation, 11 St Paul Street, Valletta. Submissions are to be received by 22 June 2014.