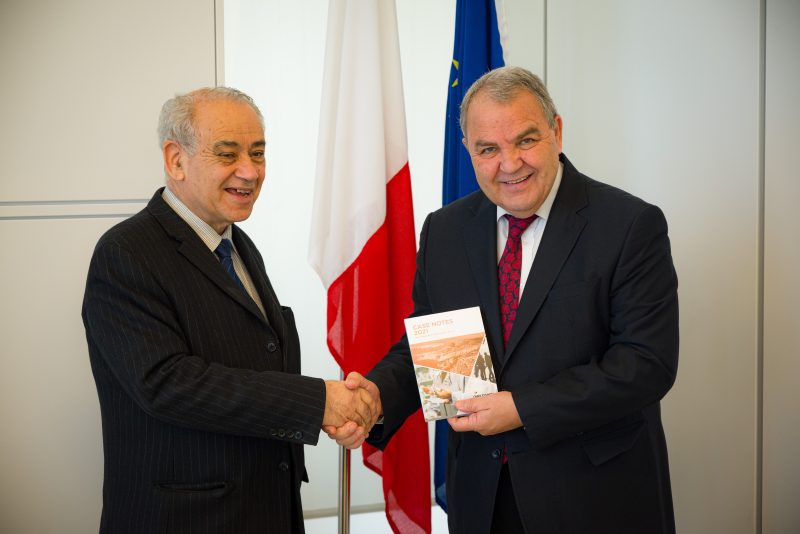 The Parliamentary Ombudsman, Mr Anthony C. Mifsud, presented the Case Notes 2021 to the President of the House of Representatives, the Hon. Anglu Farrugia.

The periodic publication of Case Notes highlights complaints by aggrieved individuals seeking redress from the Office of the Ombudsman for injustices suffered as a result of the conduct of the public administration or of a systemic failure that was unfair or unjustly discriminatory.  It brings to the attention of the general public the nature of the complaints that fall within the jurisdiction of the Ombudsman and the specialised Commissioners within his Office; provides an inkling on how these complaints are investigated, the procedures followed as laid down by laws and regulations, to establish the facts, the way final opinions are crafted, what recommendations could be expected when a complaint is sustained and its possible outcome.

In the Case Notes’ foreword the Ombudman stated that he firmly believes that the mission statement of the institution extends to a commitment to its proactive role as the public conscience of the public administration that needs to be constantly alerted to its obligations not only to do what is legally right but also that which is intrinsically correct and just.

The Ombudsman concluded that the Office of the Ombudsman “should be strengthened not only through legislative provisions that further secure its autonomy and independence but also and perhaps more importantly, by a change in mentality that it is not an extension of the public administration but a valid instrument at the disposal of Parliament to hold the Executive accountable for its actions at all times. This is my heartfelt hope for the future.”

As in previous years, this bi-lingual publication includes three separate sections reporting complaints investigated by our specialised commissioners in the areas of Health, Education and Environment and Planning.