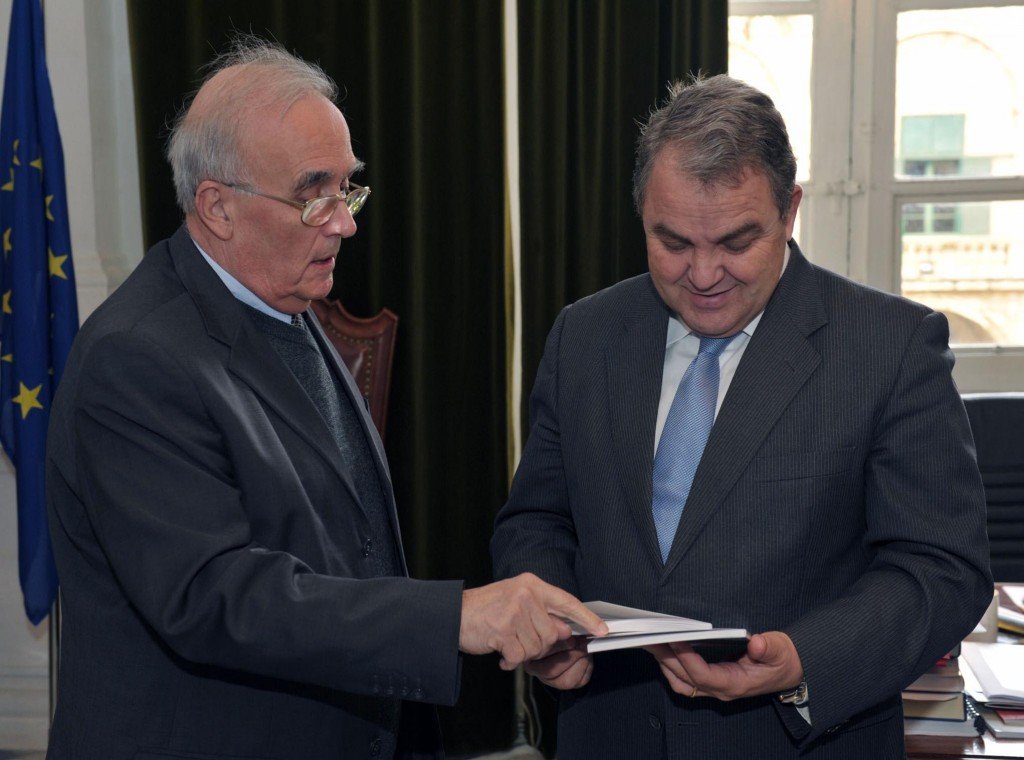 The Ombudsman, Chief Justice Emeritus Joseph Said Pullicino, presented the Office of the Ombudsman’s Annual Report for 2012 to the Speaker of the House of Representatives, the Hon. Anglu Farrugia.

The Ombudsman described the year 2012, as a year of careful planning to chart the way forward to improve the services that his Office is bound to provide to citizens to ensure a clean, transparent and accountable public administration.

It was the year in which the Ombudsman identified the objectives to improve the internal practices and procedures and more importantly, to lay the foundations for the setting up of a strong, unified institution that would result in a consolidation of the service offered. An institution to whom citizens could turn to advance their complaints against public administration in its various manifestations and to seek adequate redress for injustices they suffered.

The year 2012, has been a milestone year for the institutional development of the Office of the Ombudsman. The appointment of the first Commissioners for Administrative Investigations provided the structure with a comprehensive, unified and coherent national ombudsman service, which would provide the citizen with a single channel to the various existing scrutiny mechanisms of administrative conduct.

The Ombudsman also presented the 32nd Edition of the Case Notes, which for the first time is being issued also in Maltese and contextually with the Annual Report. These Case Notes, provide a quick snapshot of the complaints considered by the Ombudsman which help to illustrate general principles and approach to particular issues.