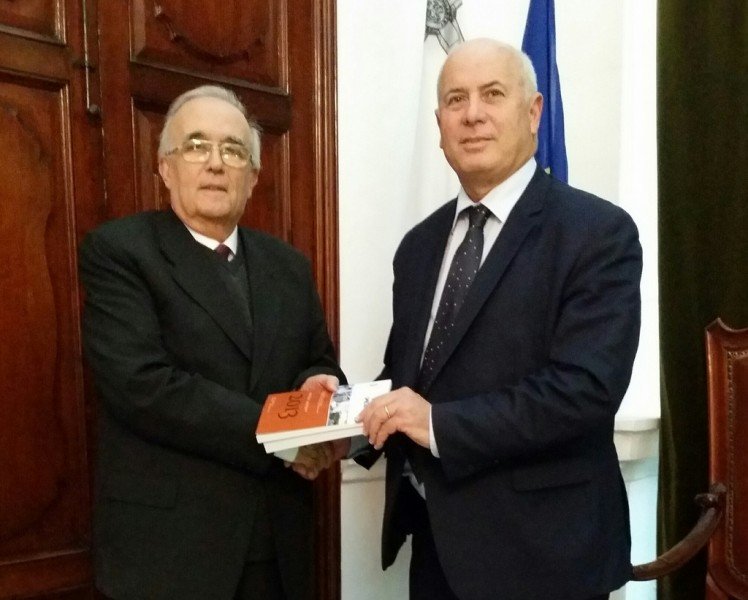 The Ombudsman, Chief Justice Emeritus Joseph Said Pullicino, presented the Office of the Ombudsman’s Annual Report for 2013 to the Deputy Speaker of the House of Representatives, the Hon. Ċensu Galea.

The Ombudsman described the year 2013 as a year of change, challenges and opportunities. It was also a year in which initiatives started during 2012 were consolidated and the full impact of these positive reforms began to be felt.

All the major reforms undertaken during 2013, have completely changed the way the Office operates, were taking place in a year that saw a change in Government, following general elections that returned to power a new administration that substituted another that had been in office for practically twenty five years. That event in itself inevitably required the Office to pause and take stock of a new situation that needed to be fully absorbed if citizens were to be reassured of the continued protection that the Office was bound to provide. 2013 was therefore undoubtedly a year of change. Change that inevitably brought about challenges and opportunities.

The Ombudsman also presented the 33rd Edition of the Case Notes, which provide a quick snapshot of complaints considered by the Ombudsman and the Commissioners. The Case Notes published in this edition reflect the work done during the Commissioners’ first full year in Office and the added value that complainants gained from their expert focus on the issues raised and how these were tackled by the appropriate authorities. This sample of their final opinions is proof of the effectiveness of introducing a measure of specialisation in investigations, and clearly justifies the validity of the institutional reform brought about by the 2010 amendments.

The Case Notes evidence an integrated office working under the same rules, applying the same methods of investigation and drafting of Final Opinions. Frequent consultations between the Commissioners and the Ombudsman help to produce common approaches on how complaints should be addressed, in full respect of the autonomy that each Commissioner enjoys in the field under his scrutiny.

Copies of the Annual Report 2013 and Case Notes 2013 are available from the Office of the Ombudsman.