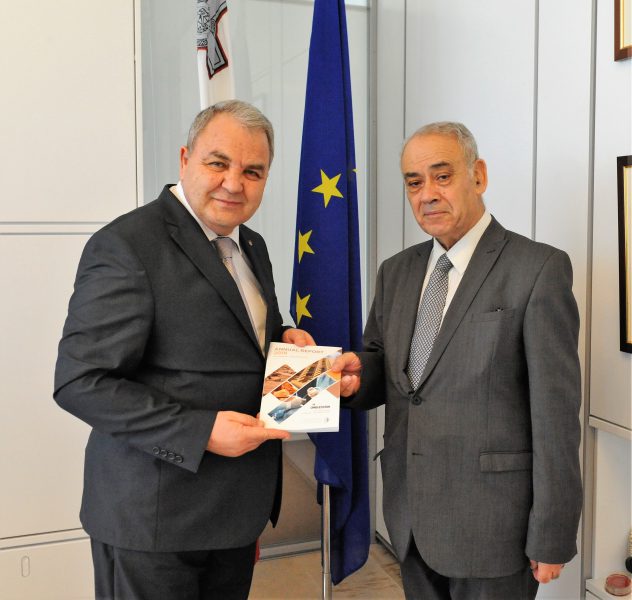 The Parliamentary Ombudsman, Mr Anthony C. Mifsud, called upon the President of the House of Representatives, the Hon. Angelo Farrugia to present the Office of the Ombudsman’s Annual Report for 2019.

The Annual Report describes 2019, as a year of turmoil that brought about drastic changes in civil society, the public administration and government. Changes that are bound to have a lasting impact on the country’s way of life, on how it is administered, on the empowerment of the citizens and hopefully, on strengthening the checks and balances required to secure the rule of law and curb abuse of power.

The events that happened during 2019 and the worrying facts that they revealed led to a general consensus that urgent measures had to be taken. The Ombudsman has throughout the years voiced serious concerns on administrative shortcomings that were undermining good governance, lack of transparency and accountability. The Office of the Ombudsman, for years had been advocating the need of major reforms. Reforms that have to favour, ensure and secure transparency and accountability and promote a high degree of active public participation. Reforms that should radically change the public administration to ensure that the management of the common good is exclusively made in the interest of the collectivity and not in that of a corrupt few. Introducing reforms that prove to be merely cosmetic would do more harm than good.

In this spirit, the Ombudsman welcomes the Opinion on proposed legislative changes adopted by the Venice Commission and the government’s commitment to implement the Commission’s proposals. The Ombudsman will contribute towards the ongoing debate on constitutional and institutional reform especially in those areas which directly concern the functions of the Office of the Ombudsman in the defence of citizens’ rights and the affirmation of their fundamental right to a good public administration. In this respect he puts forward a number of proposals meant to strengthen the institution’s constitutional and legislative set up that can guarantee transparency and accountability. This through stronger and more effective mechanisms that render them fully independent and autonomous. The Ombudsman stresses the need for the decentralisation of executive power and proposes the setting up of a Council of State.

The full version of the Annual Report can be downloaded from here or can be obtained from the Office of the Ombudsman.