The Parliamentary Ombudsman, Mr Anthony C. Mifsud, called upon the President of the House of Representatives, the Hon. Dr Angelo Farrugia to present the Office of the Ombudsman’s Annual Report for 2020.

The Annual Report describes 2020, the year that marked the twenty-fifth anniversary from the setting up of the Ombudsman institution in Malta, as a year of crisis, challenges and opportunities in which the Office had to live through a global pandemic that disrupted the country’s way of life and work ethics.

2020 will surely be marked as the year in which humanity had to face a global pandemic that had and is still having a huge impact on people’s lives, communities and their economic wellbeing. Like the rest of the public administration the Office of the Ombudsman had to face the problems and challenges brought about by the pandemic.

As a direct result of the Covid-19 situation the Office experienced a decline in its caseload of incoming complaints when compared to the previous year.  It also experienced a similar decline in the number of enquiries received.

The full version of the Annual Report can be downloaded from here or can be obtained from the Office of the Ombudsman. 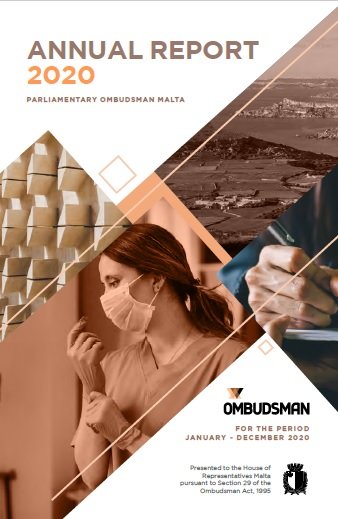